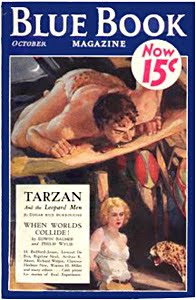 No not like that. But still pretty pulpy. Allow me to explain:

See, when my 4 y.o. daughter is watching the DisneyXD channel, and The Legend of Tarzan cartoon comes on, I figure it's in her best interest that I watch it with her... ya'know, parental guidance and all.

Plus this episode, Tarzan and the Leopard Men Rebellion, is about Queen La, Leopard Men, and the Lost City of Opar. Cool! But, uhm, yeah... only watching for my lil' girl's sake. ;^]

Sure, it's not purist Tarzan - La is (sorta) clothed. Well, at least a tad more than in this Frazetta gem: 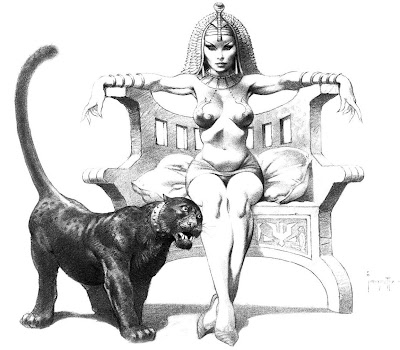 BTW, I'm not totally positive that even is La there, but it certainly is Frazetta and it absolutely makes me think of her nastiness... errr, *highness* when I see it. I originally was going to plop the more popular Tarzan Meets La of Opar by Frazetta right there, but I thought that there might be just a little too much "boobage" (let alone "pubeage") in it for a blog post that started out about watching kids' cartoons with my daughter. Ya dig? Cool.

Additionally, in this Disney 'toon, La's leopardmen are not really a cult (cannibalistic or other), per se... 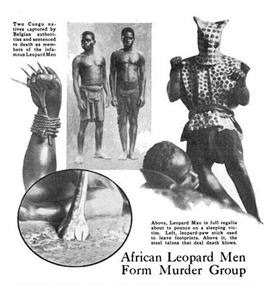 ... but actually leopard-men under her command. Well, maybe that sorta is a cult.. whatever. Let's just say, it's not exactly true to the novels, aiiight? 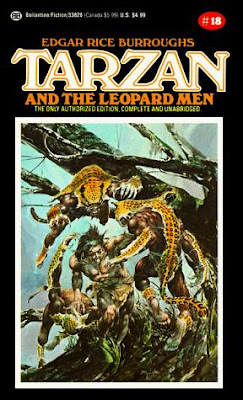 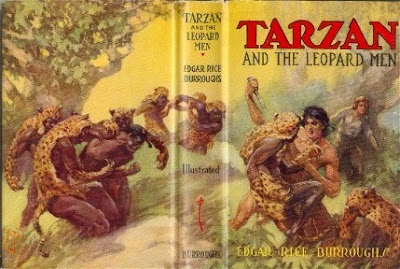 But... for a kids' show, it's still pretty freakin' cool, IMO. I usually try to scan the episode details for the week, and only DVR the ones that I think look like they might have a good pulpy storyline. After all, I gotta watch these things too, ya'know. LOL.

Anyway, this particular ep looked like it would be a good one to record, and indeed it was (again, IMO). I mean, come'on... A Lost City! Leopardmen!! La!!! She was pretty downright devious too, and dig that totally bad@$$ (and way overpowered) staff she wields... niiiiiiiiiice. 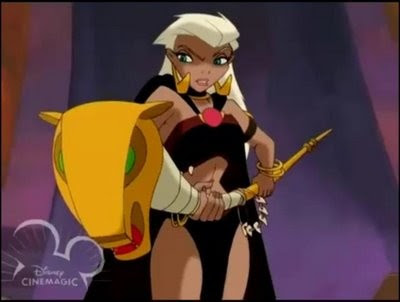 Anyway, here's the episode in 3 parts, in case you feel inclined to check it out:


So, although it's not exactly this: 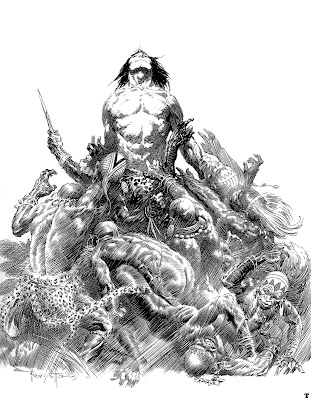 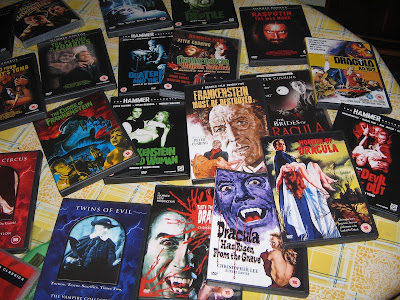 Included in the deal are some of my favorite films from Hammer. Those Brits picked up the American Universal's torch and ran with it - after they formed an angry mob with the rest of the villagers and chased the monster to the old mill and burned it to the ground using said torch, that is.

Anyway, if you dig the old horror, especially Hammer flicks with Peter Cushing, Christopher Lee, and the usual bevy of babes... 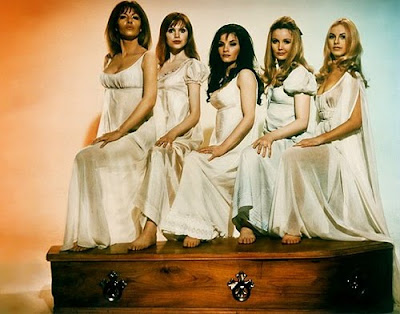 ...then you'll wanna tune in or at least DVR/Tivo them (possibly never to actually watch them via those recordings, like me... sometimes ;^]).

Oh, BTW, I have quite a few of these already on DVD, especially most of tonight's selections, but some of them coming later this month are not very easy to find on DVD, or so it seems. The Reptile, for one, is up next week, and I have NEVER seen it. I'm totally GEEKED to finally get the chance.


Same deal with Plague of the Zombies. 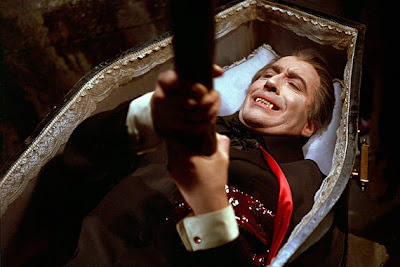