"OK, now *these* are the droids we're looking for." - retro Star Wars night with the kiddos 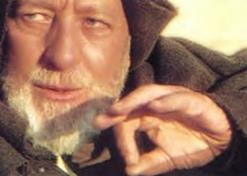 OK, so I lied... a little. Way back in April, I noted that it had been since way back in November that I had blogged. I vowed to blog more, but I failed my save vs. (the_universe - this_blog). In other words, life has been so fun for me that I just haven't had much chance to get on here and talk about it.

See, I've been very busy with family stuff, especially since it has been the summer, and my kiddos and my wife were on summer break. That means lots of time spent doing cool, fun, kiddo things with them. This is a good thing, BTW.

Still, in keeping with some level of geekdadliness, I have continued to mix as much gaming, fantasy, sci-fi, etc as possible into many of our activities. So just recently I decided it was time (why did I wait so long?!?!?) to introduce my son to some real Star Wars. See, he started getting interested in the animated Clone Wars stuff, which is pretty sweet in its own right, but I wanted to make sure he experienced the really-REALLY cool stuff.

So I got out the "original theatrical version" DVD of the beloved '77 gem: 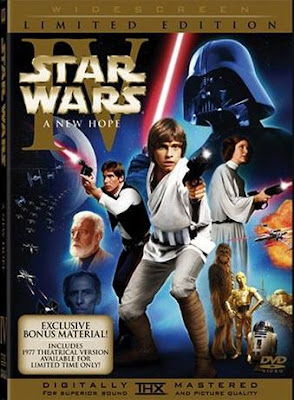 Yeah, yeah... I know... there are numerous "original" versions which have been released, and this DVD one certainly isn't exactly the way we saw it back in the day. But, as far as I know, it's the best we have as far as DVD format goes.

Because of this, and for better aspect-ratio purposes, I almost took 'em back to the VHS world. Maybe next time:

Certainly, it is pretty easy to fall into the trap of just watching the newer edited versions, which seem to be on SpikeTV every other week. However, my conscious just wouldn't be happy with that move. So we went back (pretty darn close) to the way I saw it, in a tiny two-screen cinema in my hometown, back in... err... '77. 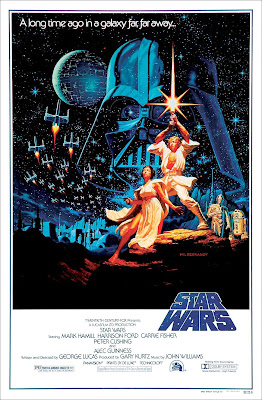 You bet yer shaggy bantha-butt that my kiddos will know, without a doubt, that "Han shot first." Greedo's a punk! 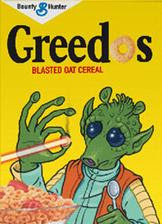 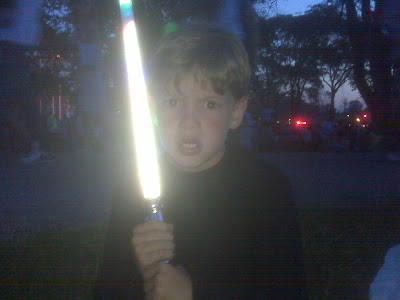 Darth Bobby - "The circle is now complete."
Posted by yoyorobbo at 1:03 PM 3 comments: